Content Involving Christie at the Female Wrestling Channel Listed below! 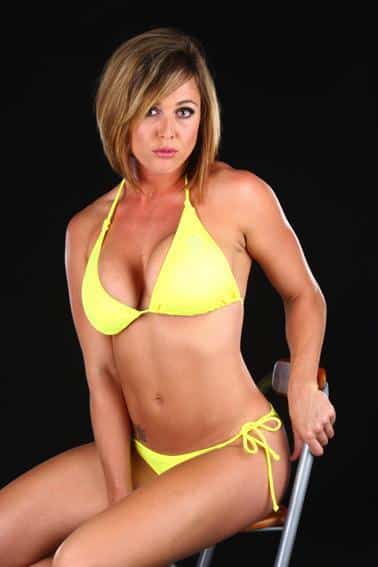 Christie was born on November 11th 1982 and was trained by the great Leilani Kai.

Christie grew up in Clinton Mississippi where she first met professional wrestler Ted DiBiase JR at a Sunday school class.

It has been said through this connection with Ted is she became a fan of professional wrestling and his father, “The Million Dollar Man” Ted DiBiase.

Christie has mentioned names in the past such as Ted DiBiase SR, Dynamite Kid, Bret Hart, Eddie Guerrero and Eddie Gilbert as some of her favorite wrestlers.

She already was working out and bodybuilding at the tender age of 17. Christie graduated from college with a Bachelor of Business in 2004 and completed her Master’s degree in Business in 2007.

Christie made her professional wrestling debut in 2002.

Companies that Christie has Wrestled for along with accomplishments:

The vast majority of Christie’s matches from Cherry Bomb Wrestling were added throughout 2020 and you can see them above at the BEST price we could negotiate.