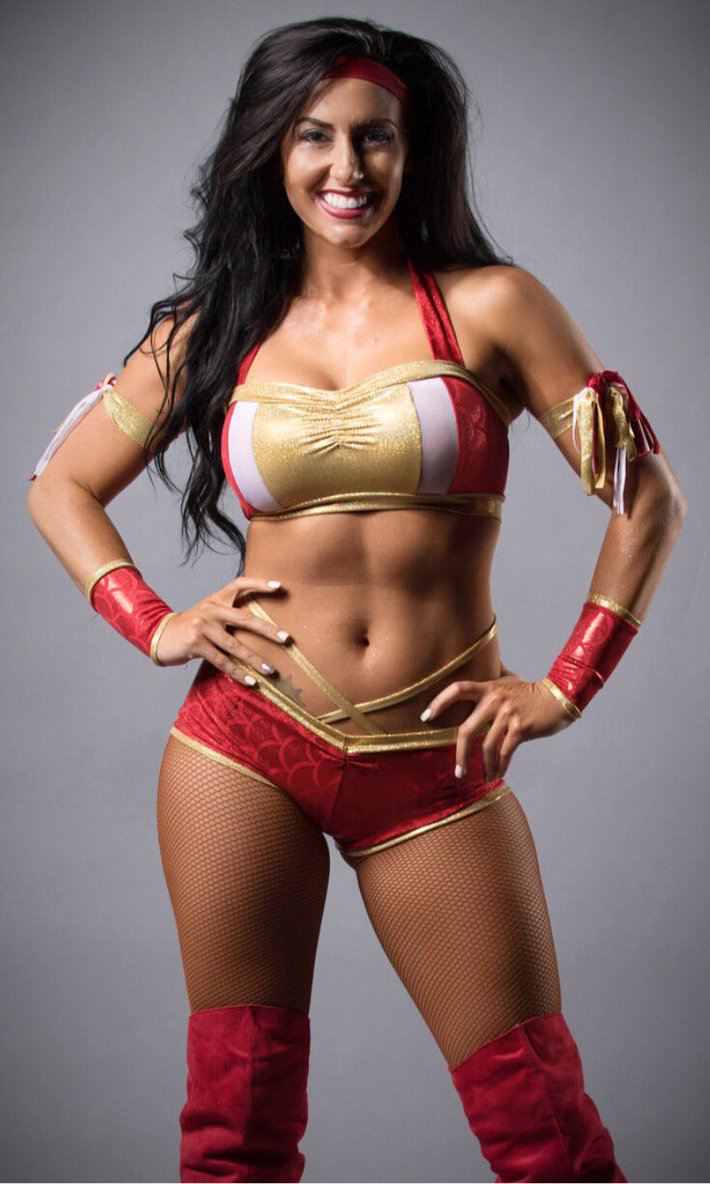 Santana Garrett came from a family where her father was a grappler.

The name of her father is “TNT” Kenny Garrett.

We wonder if it was obvious to some that EVEN at a young age…..that this young girl would become a 100 percent real Woman’s Wrestler.

Considering all the names that Santana has used over her career:

It’s pretty darn cool that the name that “stuck” with her is the one with the same last name as her father.

Standing at 5’5 inches tall with a billed weight of 119lbs, she looks much more strong and powerful than most opponents and it’s very likely that those very same opponents would agree!

Santana Garrett would be excellent at our style of REAL and COMPETITIVE wrestling holds on the Female Wrestling Channel mats.

In terms of moves she uses in the Pro Wrestling Ring, Santana has often employed the following women’s wrestling moves:

Here are some of the Pro Wrestling Companies you may have seen Santana Garrett work for:

It’s extremely possible that if Santana sticks to Pro Wrestling that she could achieve the same heights (or even higher) of the women she admires as her predecessors.

Santana Garrett has faced off with ladies in the ring including:

In recent years, fans have seen Santana wrestle for the likes of WOW Women’s Wrestling, she even had a REAL wrestling match against another woman at a company called Freshfite, and she is currently signed to a developmental deal and recently made her debut on WWE Raw months before the time of this writing.

Santana Garrett is seemingly open minded and perhaps not as scared of controversy as the average girl.

Evidence of this is her willingness to try REAL Women’s Wrestling matches (most “Pros” won’t) and she even debuted in TNA Wrestling in a sexy bi-sexual storyline angle.

Women who push the envelope like Santana have the ability to make it far in the Women’s Wrestling business.