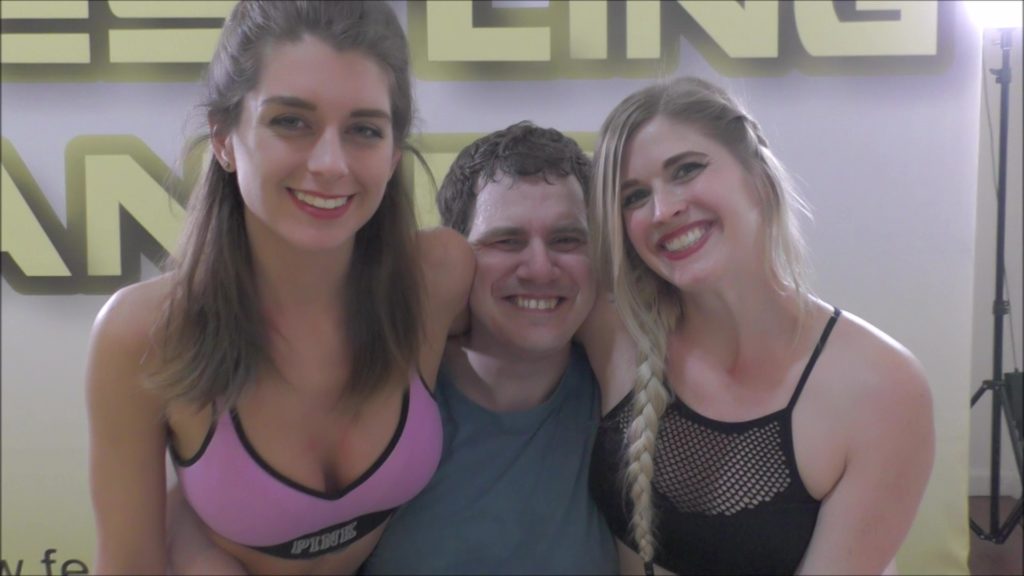 Dedicated Fan From the VERY BEGINNING Makes His Way From Ohio To Indiana To See If He Can Survive The Beautiful Ladies Of The FWC!

He Was Gratified That He Made The Trip!

Jason was one of the few people on the planet to purchase “K” vs “A” when it was first released on the Female Wrestling Channel.

Only long time fans will know what those initials mean!

The “K” vs “A” video was offered for $5 to fans on various wrestling message boards before the Female Wrestling Channel website was born.

Every since that time, he has been following us with increasing interest as our small organization is slowly starting to grow some wings.

Jason was absolutely thrilled to finally meet us in person last year and we were just as thrilled when it came to meeting him as we have exchanged many thoughtful discussions over the years.