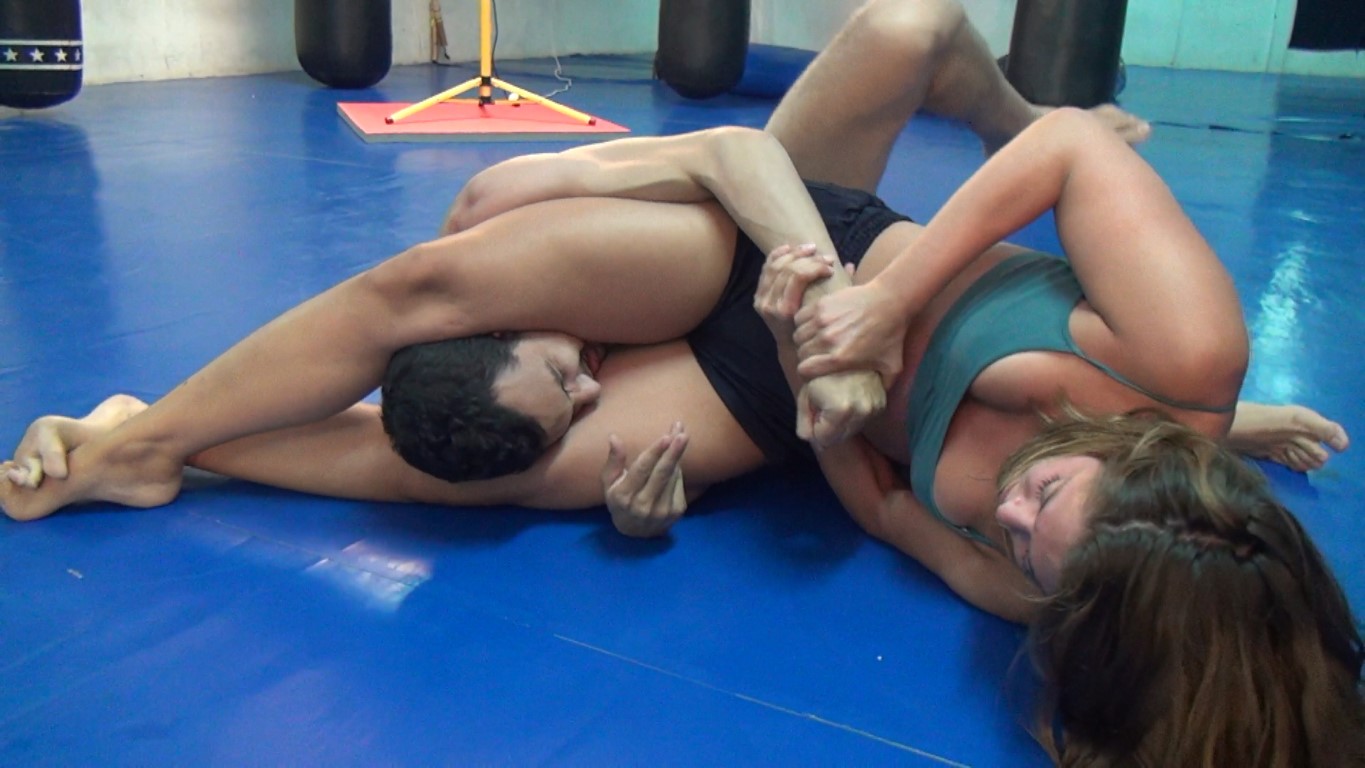 This match was one of the best matches MXP filmed in 2015!

Rita is a strong, feisty woman who can destroys almost anyone in her path .

This time she faces off against strong and tough newcomer Marvin who gives her a challenge on the mats in this mixed wrestling matchup.

This match was a real, intense and persistent battle of the sexes. Both rivals give respect to the other, but in the same time, both show a big desire to dominate the other.

Neither of those worthy opponents wanted to lose this excellent match!

But as you all know, only one can be the WINNER at the end…

Money Back Guarantee if you are not satisfied with this purchase

Be the first to review “MXP – Marvin vs Rita” Cancel reply