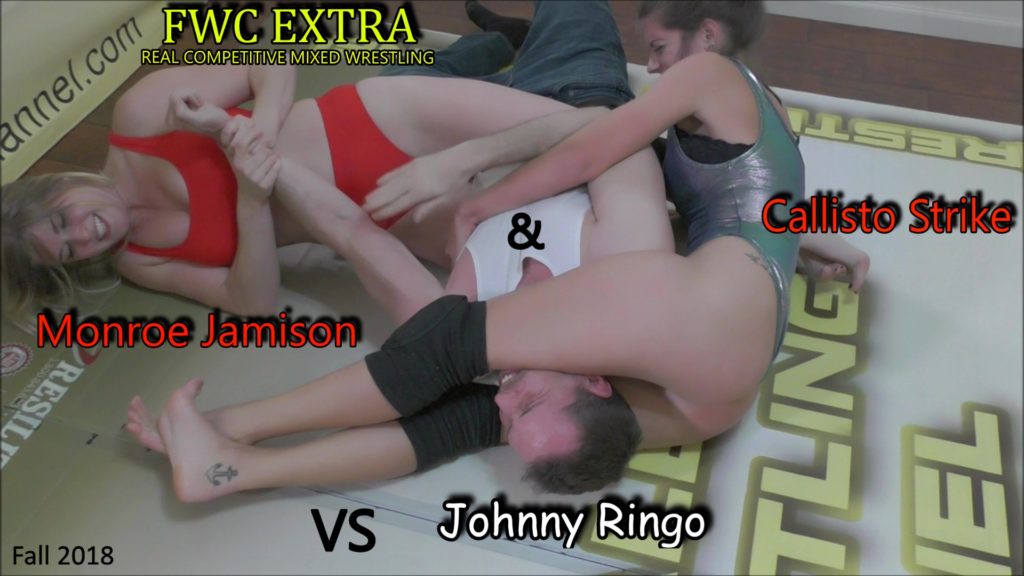 The Ladies Pull Johnny Ringo Away From Working

Legacy Member Jason Is In On The Plot!

Johnny hasn’t wrestled in quite some time as he has primarily been working day in and day out attempting to advance the Female Wrestling Channel.

Monroe Jamison and Callisto Strike have been staying sharp with mixed wrestling matches as they await new female opponents.

While shooting a new Fan Series entry for Jason the ladies decided to fool Johnny Ringo into thinking they needed him to film for a 2 on 1 against Jason, only to let Johnny know they wanted him on the mats.

Johnny is not one to shy away from a challenge, so he accepts.

Callisto loves a good opportunity to put Johnny in his place as she has to suffer him on a monthly basis.

As for Monroe, she knows Johnny better than anyone and loves making certain that he cannot defeat her on the wrestling mats.

This is real man vs woman MIXED Wrestling.

Can Johnny Win, Survive, Or Will He Be Taken To Town?

1 review for Callisto Strike and Monroe Jamison vs Johnny Ringo