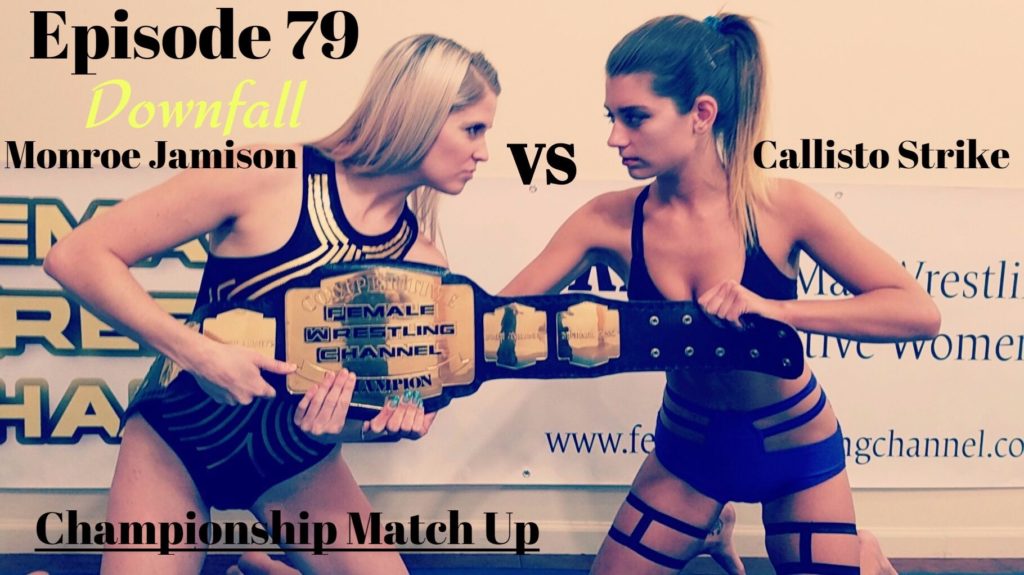 In this Episode, Callisto Strike informs Johnny Ringo of some things Monroe Jamison has been doing behind his back the last couple of years.

Johnny uses the information to get what he has always wanted, which was shutting down the idea of taking the Female Wrestling Channel a mainstream route.

Monroe is beyond furious.

Callisto is loving it.

Callisto Strike has had her eye on being the champion every since she first debuted back on Episode 60.

Monroe Jamison thought that Callisto was an ally, but Scarlett Squeeze warned Monroe to watch out for Callisto, and now that time has come.

Will Callisto Strike become the new face of the company after this Episode?

Or, is the company itself going down the drain?