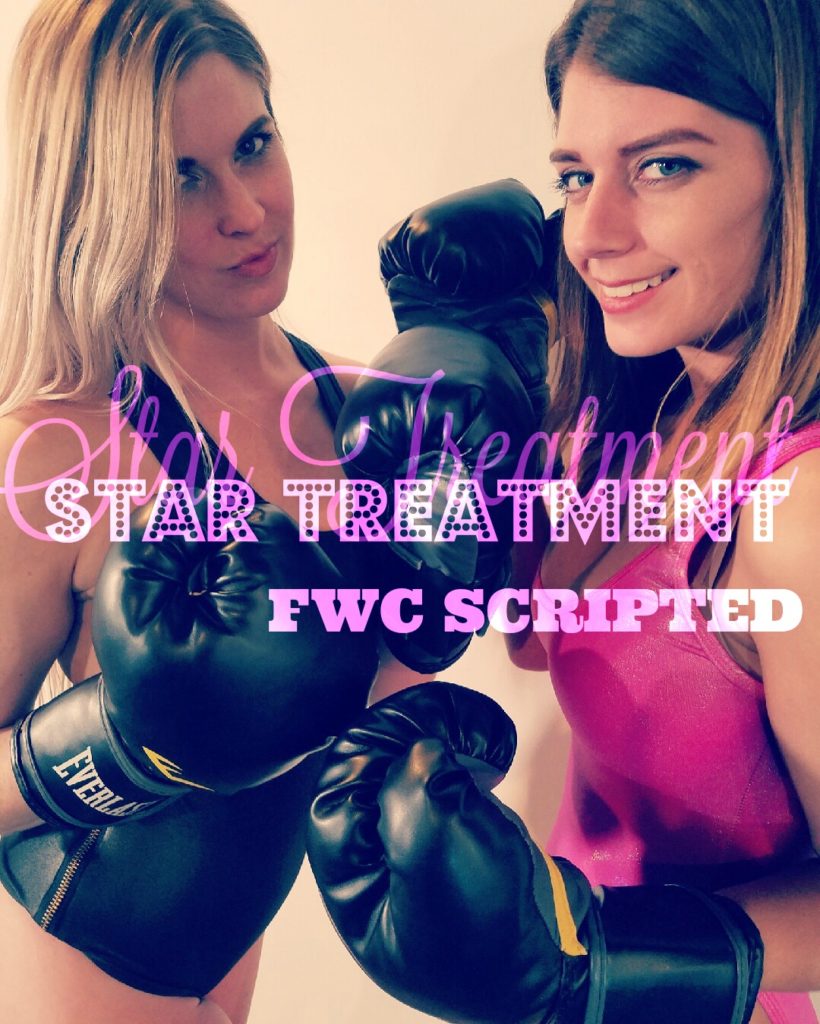 What can Monroe do about it?

Callisto Strike dons her one piece PINK bodysuit and wears it like few women in this world can.

She has everything it takes to be gigantic star and she KNOWS IT.

In short, she wants a little more STAR TREATMENT around here.

In this alternate world of the FWC, Callisto is not only becoming the top wrestler, but a top BOXER as well!!

She is sicking of hearing about Monroe Jamison and wants to show the world who the TRUE STAR of the FWC really is in this female fighting video.

Monroe gets hammered with hard punches from Callisto in this video from a variety of angles.

Monroe was feeling the pain on video (and in real life) after this female fight was all said and done!!