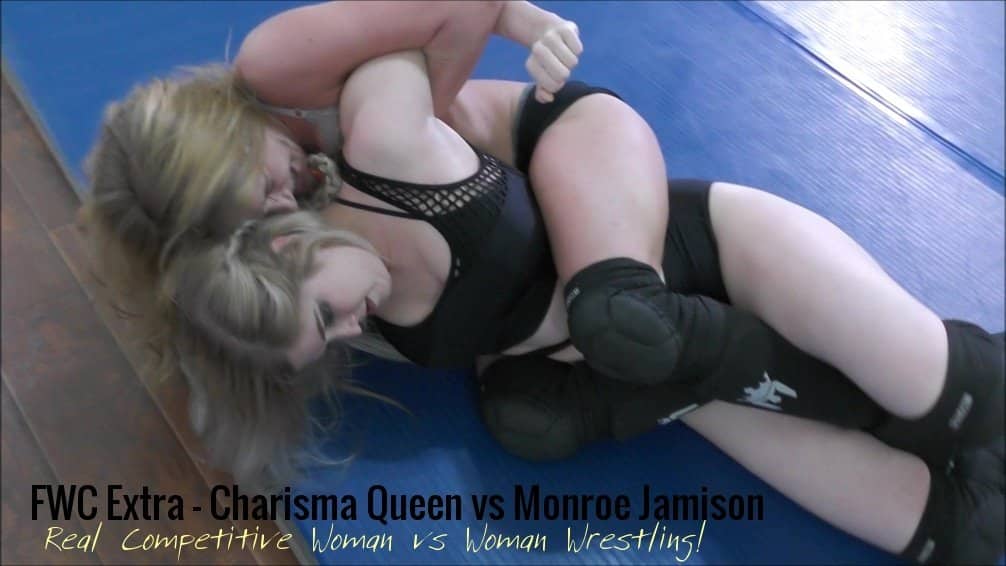 Is Charisma Queen the REAL Deal?

Monroe Jamison Faces The Toughest Challenge In Her 6 Year Career….FROM A NEWBIE!

Charisma Queen has been making waves since she debuted last month.

This woman is only 20 years old and has no wrestling history background WHAT-SO-EVER!

She seems to be a true NATURAL on the wrestling mats………….but now she gets a big test!!!

A woman that hasn’t been defeated very often at the FWC.

Foxy Rain, Cheyenne Jewel, Veve Lane, and Savannah Scissors are the only women that have ever been able to make that claim.

However, in this matchup, Monroe gets one of the biggest challenges she has ever faced from Charisma!

In the end, one of these two women is DOMINATED and CRYING!

Will it be the young upstart Charisma?

Or, could it possibly be the great Monroe Jamison?

This is real and competitive women’s wrestling.

Do you think Charisma Queen can defeat Monroe Jamison her FIRST time out?