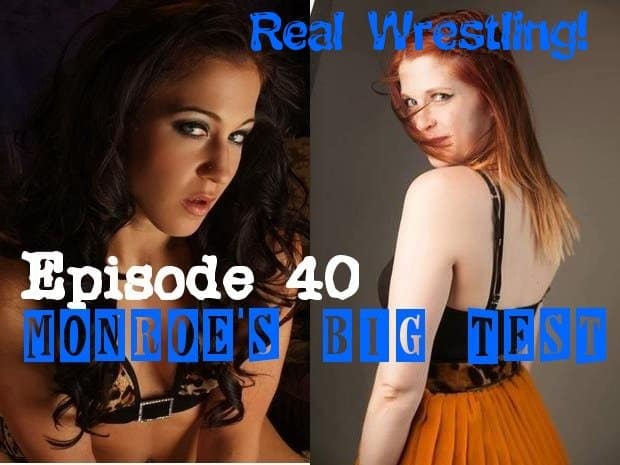 At the time of this writing, the FWC ladies have never faced anyone from outside of the Female Wrestling Channel.

Not even one of them (up to this time) ever wrestled competitively in their entire lives until Johnny begged each of them to come on board.

Johnny learns late on a Tuesday that world re-known competitive female wrestler Cheyenne Jewel was in Indianapolis and had an opening available.

This was an opportunity that could not be missed.

Despite the fact that Johnny broke up with Monroe just months earlier….he now has to convince her to take on this enormous challenge without notice or preparation.

Ringo decided “now is the time” to see where his current top girl Monroe Jamison stands against ladies from outside the federation.

Is she ready for the big time?

We will also include an interview we did with Cheyenne post match where we ask her some questions about the match and wrestling moves in general.