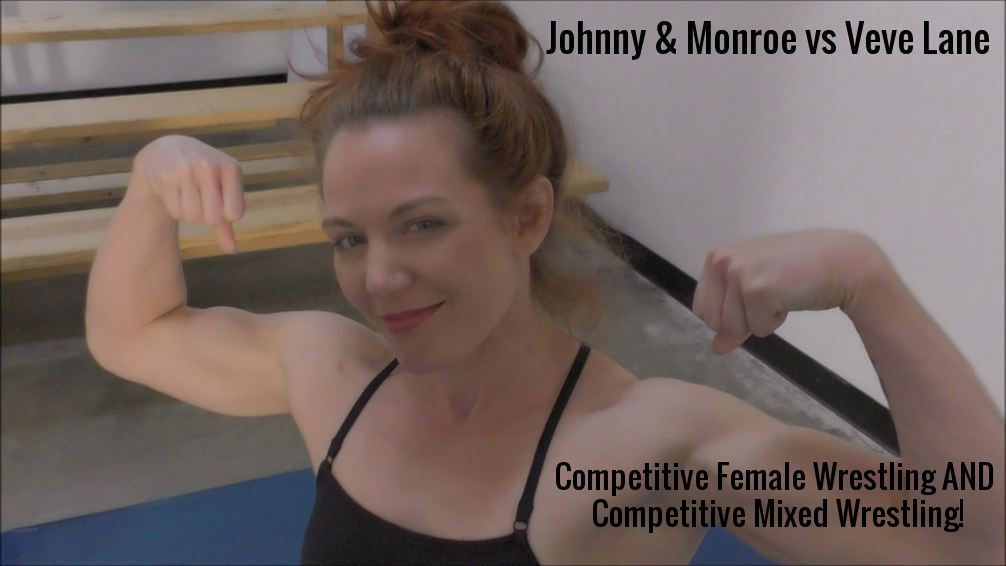 Veve Lane is one of the best female competitive wrestlers in the United States at the time of this writing.

You can tell she gets a real joy out of the sport of grappling/wrestling AND dominating her opponents.

For those of you who like the idea of a wrestler getting hog tied or tied up while they are wrestling, WITH ROPE,

Veve is someone you might want to “Google” and learn more about and she is quite the female warrior on the wrestling mats.

Johnny Ringo started calling her “The Flash” after wrestling her.

After that, Veve took on Johnny Ringo and Monroe Jamison in successive best of 5 fall fully competitive matchups.

Female vs Female and Mixed Wrestling!