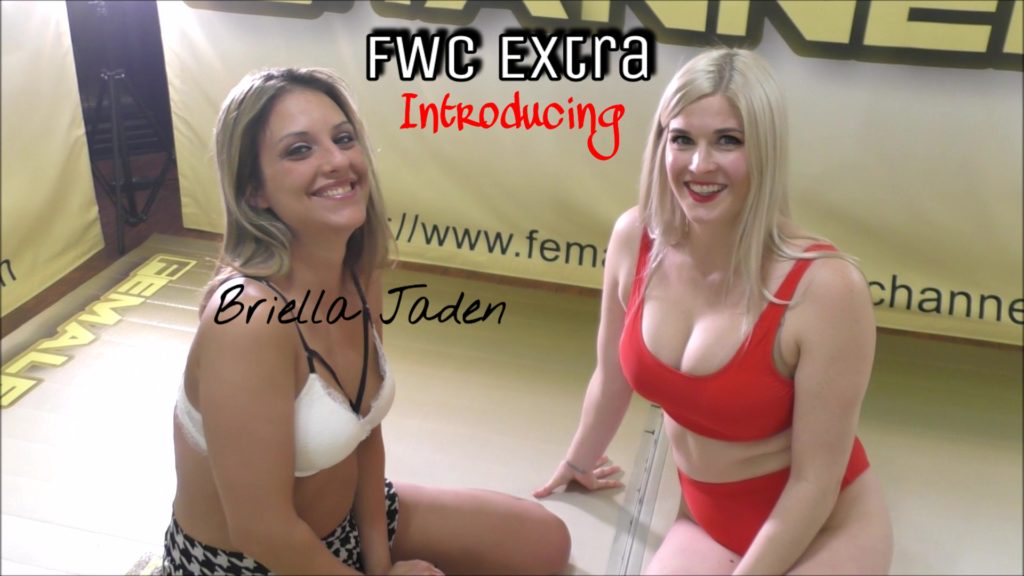 Does She Even Need An Introduction?

Briella Jaden has been in the industry now for a good number of years.

She is more well known for her fetish work, but she has engaged in some mixed wrestling matches and some really intense hairpulling catfights with other ladies on video in the last 7 or so years.

Today, Briella will make her debut at the Female Wrestling Channel.

She doesn’t know all of the moves, but you will see that she learns the moves very quickly.

And, she comes in boasting that she has very strong leg scissors.

Will that be the case?

Monroe Jamison does the training in this video.

Briella and Monroe do not wrestle each other competitively in this video as they will be taking each other on in the two videos after this one.

Is Briella Cut Out For Real and Competitive Women’s Wrestling?