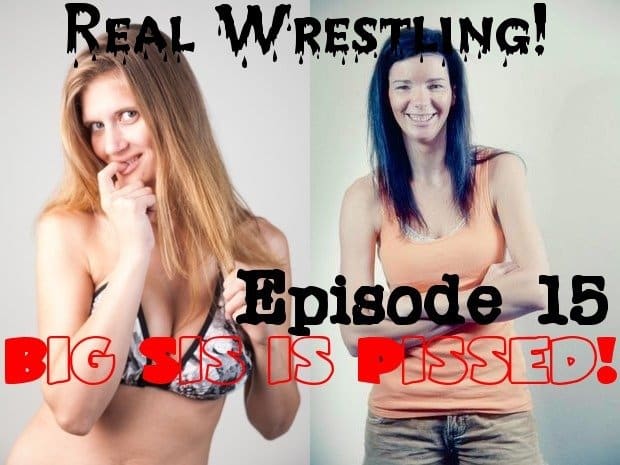 Johnny Ringo has had a number of girls flake out the last few months for his new Female Wrestling Channel promotion.

Many ladies agreed to show up, and then at the last second, called and no showed with no explanation. This happened an amazing and astounding 10 times.

Johnny knew he had to get a match going for his newly created (and hungry for more) fan base. Frantic for a solution, he invites Electra Jamison to compete for a spot to be one of the first 8 girls to compete for the first ever Female Wrestling Channel championship.

This is a gigantic risk.

Johnny knows he is risking making his current girlfriend Monroe Jamison angry by bringing her sister on board to stay, but it is a risk he is willing to take, as he feels that Electra Jamison has big time potential.

Haley Davidson is still looking for her first win and states that she is not going to be the “whipping girl” for the other ladies. Electra wants to get as much experience as possible before her sister Monroe finds out she is actually making a go at this.

Was this a good decision by Johnny Ringo?

Will Electra be a big long term player in this company?

Or, did Johnny stoke a fire under Monroe that may never be put out by these actions?

Be the first to review “#15 – “Big Sis is Pissed!” – Electra Jamison vs Haley Davidson” Cancel reply