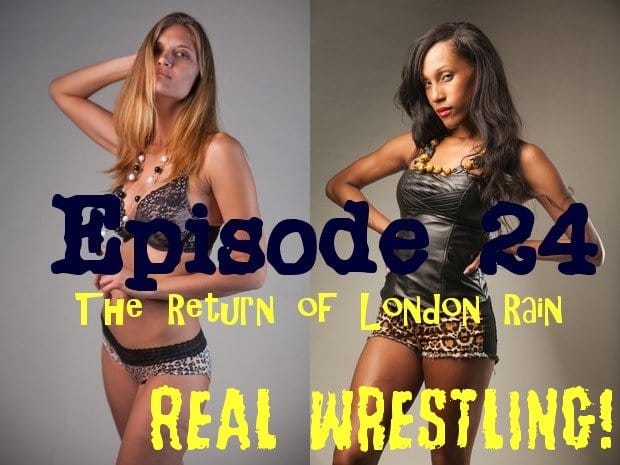 London Rain came busting in like a freight train.  Then, she suddenly, disappeared.

Now, more clues are being revealed as to why she has been absent and it has a lot to do with Monroe Jamison.

Speaking of suddenly missing girls………….Electra Jamison is waiting on Charlee Angel to arrive.

In fact, the last we seen of Charlee in the Episodes was her dominating win on Episode 21 against Haley Davidson.

Charlee is a no show!

However, two other characters that become a big part of the FWC’s future arrive instead.

London and her newly revealed sister Foxy Rain arrive on the scene looking for Monroe Jamison.

She wants to dominate and humiliate someone!

London’s agenda is not quite clear, but it’s obvious that she came to do battle.

The fireworks are about to explode as London and Electra come face to face for the first (and most likely) last time!!!