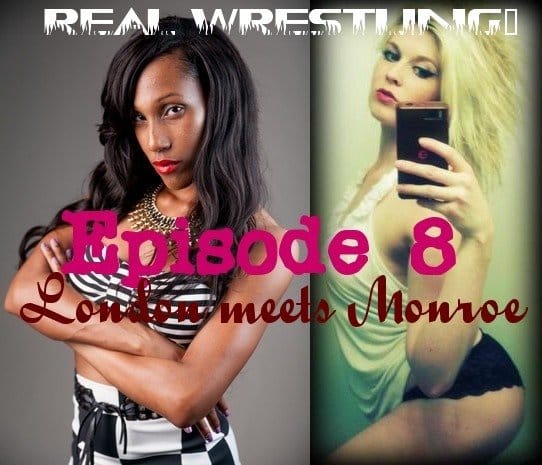 Are London and Monroe Rivals? Or Allies?!

In our last episode…………”It’s Raining London“…………we saw the debut of London Rain as she entered Monroe Jamison’s apartment and put the beatdown on an unsuspecting Johnny Ringo.

However, something seems very off here.

It appears like Monroe and London know each other, even though both act as if they do not.

Did these two know each other in the past?

Despite the fact that they seem “awfully familiar” with one another, Monroe Jamison feigns anger, wants revenge, and is helping Johnny get the mats ready.

Because Monroe sent word to London that she wants her to come back one more time……….for some payback!

This is a best of 3 falls competitive wrestling matchup!