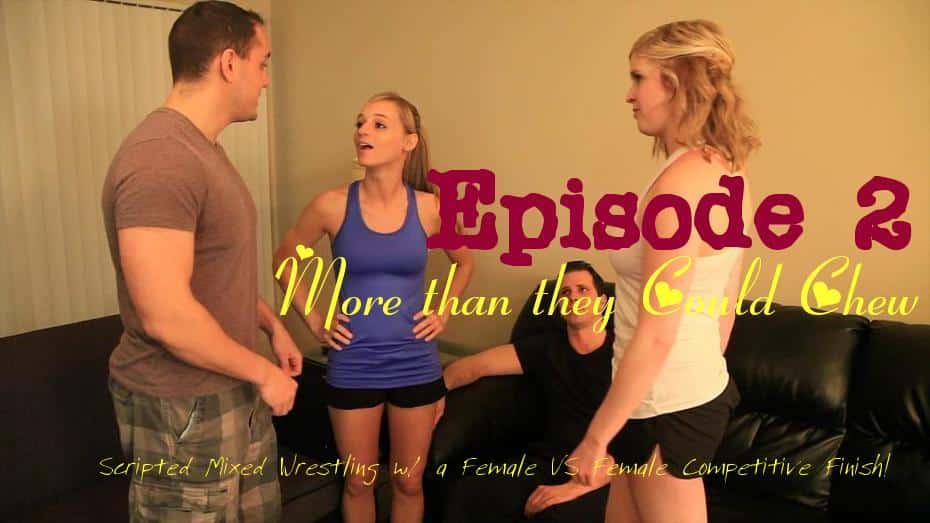 Did The Boys Bite Off More Than They Can Chew?

Did The Loser Of The Competitive Match Also?

The story starts to heat up as a mixed wrestling tournament takes place (scripted) where the girls – Monroe Jamison and Savannah Scissors – decided to match up against the guys after some heavy smack talking by Johnny and the Hammer.

As the title of the match dictates………..

either the girls or the boys bit off “More Than They Could Chew”.

This story does not end there!

It gets even more interesting.

The ladies then decided after a little argument that they wanted the final matchup to be a 3 fall competitive matchup with the winner being declared the victor of the ENTIRE tournament.

Who Do You Think Were The Final Two?

Who Do You Think Was the Single Woman To Win The Entire Tournament?

Be the first to review “#2 – “More Than They Could Chew” – Scripted Tag Team Wrestling + Real Competitive Female vs Female!” Cancel reply