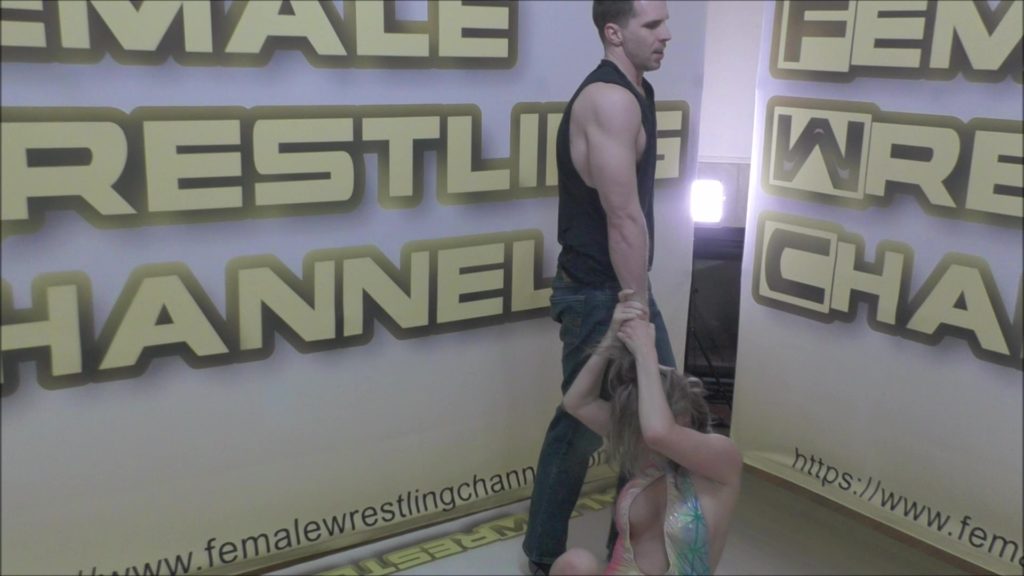 Most of the time in this women’s wrestling world of ours, it’s the women who win.

Whether it be in competitive and real wrestling or in scripted and predetermined wrestling like this video.

Johnny Ringo is angry about the ladies walking all over him.

And, he has been watching way too much Game of Thrones.

Winter has come and gone.

Sunny Vixen is very motivated to get the job done.

Johnny has delusions of grandeur because of a silly HBO show.

Johnny already feels he is the King.

Can Sunny be his Queen?

This is a rare video where the male dominates throughout and was funded by a fan who wanted to see this dynamic play out.