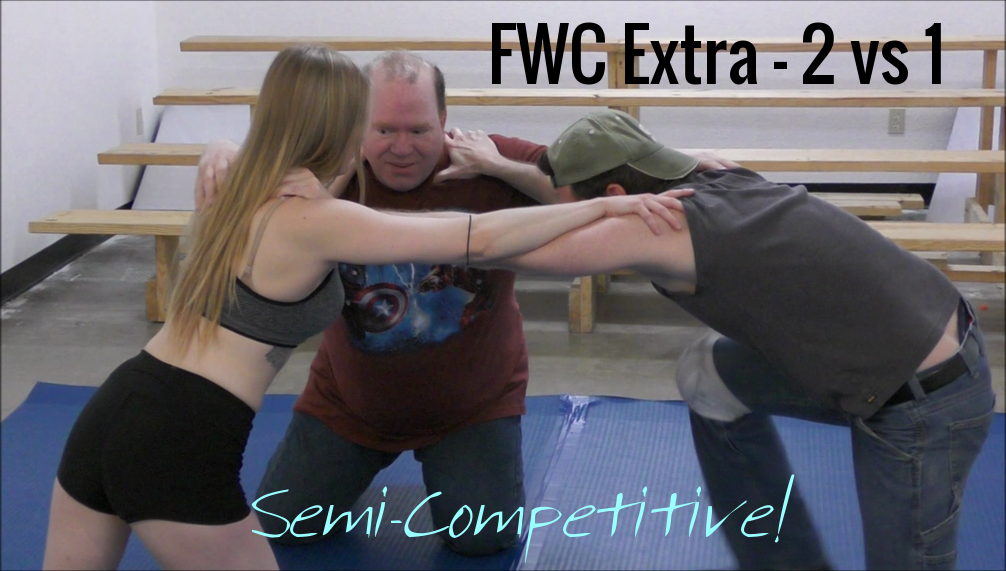 Will It Take Two Guys To Give Monroe A Match?

A customer of ours wanted Monroe in a 2 on 1 matchup, semi-competitive, with us trying to make it look as real as possible.

You can decide if we succeeded or failed on that, as it’s a lot harder than it looks!

So, we called up our good friend and legacy member George and asked him if he wanted to be a part of this.

The very final fall was a thank you video, where we decided to try the 2 on 1 100 PERCENT REAL!

You won’t believe what happens!

SEMI-COMPETITIVE SCRIPTED WRESTLING, EXCEPT FOR THE VERY LAST SEGMENT, WHICH WAS A REAL 2 ON 1 COMPETITIVE FALL!

“2 vs 1” – George and Johnny Ringo vs Monroe Jamison