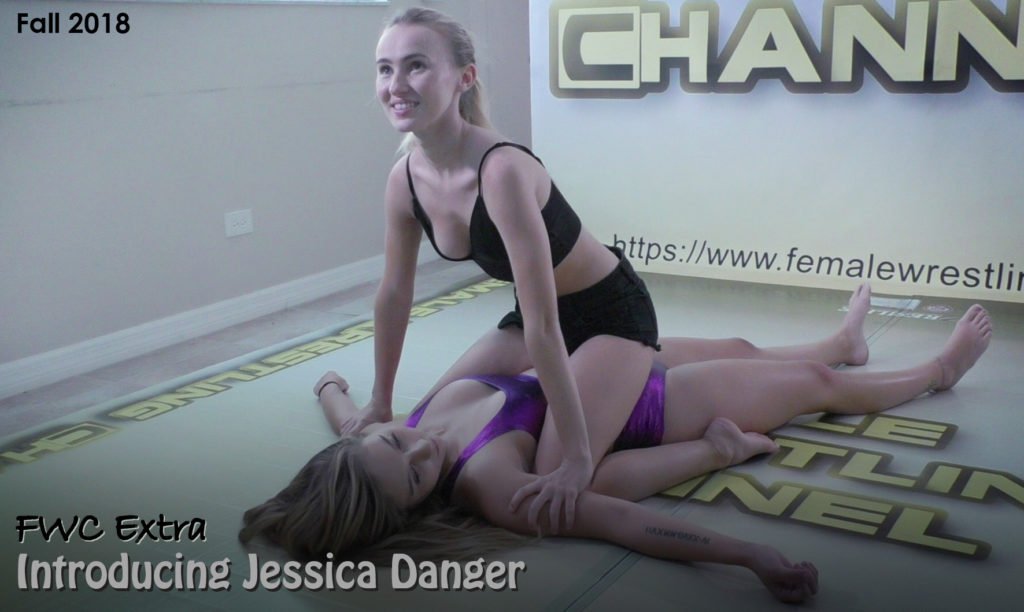 Jessica was found by a company called Baefight in Tampa Florida.

Johnny Ringo and Monroe Jamison traveled to Florida at the end of September 2018 to see if they could get some new ladies going.

Jessica is one of them.

One thing you will learn about Jessica very quickly is that she is not the type to stay down.

Jessica Danger is the name we give her when wrestling at the Female Wrestling Channel.

At the end of this training, Jessica takes on Summer Shameless in three competitive and real wrestling falls.

Whether the real competitive wrestling is something she sticks with or not, might depend on you as a fan.

Feel free to contact the Female Wrestling Channel or Baefight if you want to see her in more competitive female wrestling action.