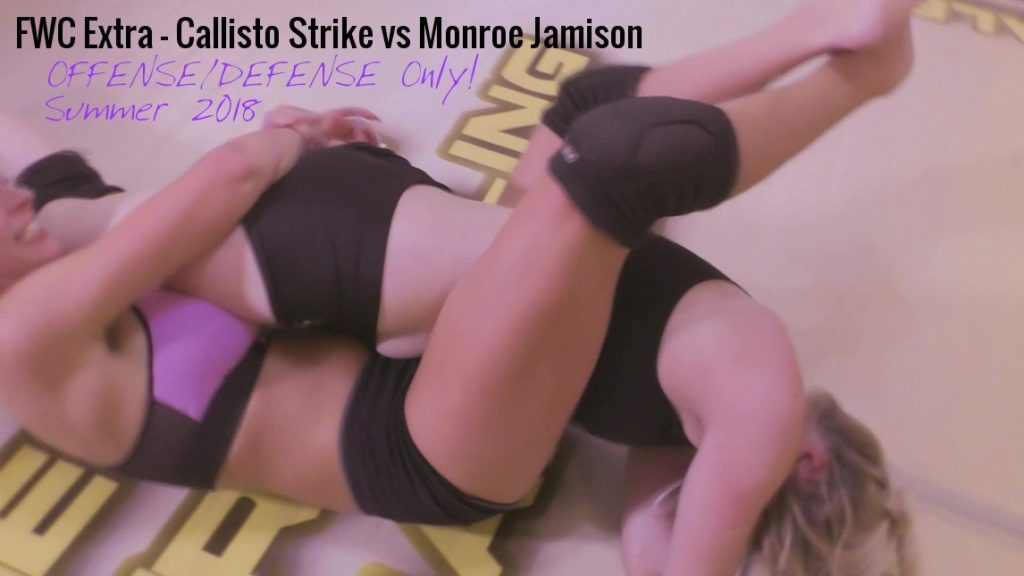 Callisto Is TIRED Of Not Tapping Monroe Jamison!

Callisto Strike has been a part of the Female Wrestling Channel since 2015, but still has never tapped or pinned Monroe Jamison when a part of any type of competitive action.

To say Callisto is very determined here would be an understatement.

She has been doing quite a bit of mixed wrestling lately and has been tapping the guys just as quickly as Monroe, sometimes even quicker.

Now, she gets her 2nd opportunity (see the first) to take on Monroe Jamison in an OFFENSE/DEFENSE match and she is confident that she is going to take down the champ this time around!