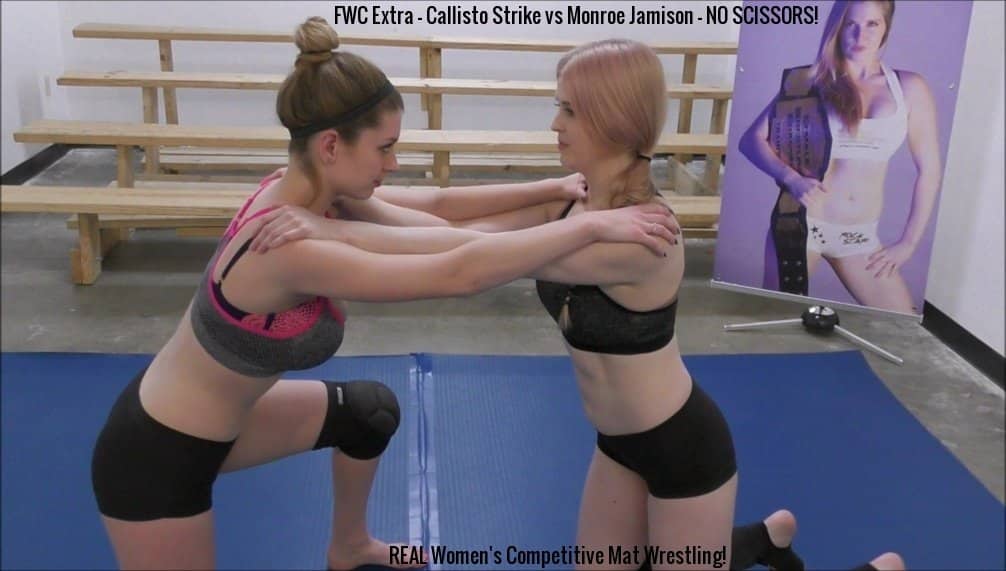 Callisto Strike and Monroe Jamison Battle It Out……..

For The First Time Ever!

Can Callisto put Monroe down if the Leg Scissors are not available for use?

Callisto Strike is re-attempting to climb the FWC ladder.

She has never been able to best rival Scarlett Squeeze at the time of this writing.

Newcomer Remy Rush was quite the handful on Episode 72.

Carmella Ringo was a force to be reckoned with on Episode 62.

However, since her match against Scarlett on Episode 76 something seemed to click for Callisto.

Since she has returned, not only has she brought some newfound fire and energy, but she also is making much better decisions out on the wrestling mats.

Despite Callisto being here at the FWC for close to 2 years now, Monroe and Callisto have NEVER faced off up to this point on camera in a full matchup.

Monroe is known primarily for her leg scissors, but she hasn’t had much competition as of late.

Because of that, Monroe wants to continue to stay sharp on other moves.

Callisto has fairly strong leg scissors, but wants to be a well rounded wrestler who can use all the moves just like Monroe wishes to do.

Who Is Going To Win?