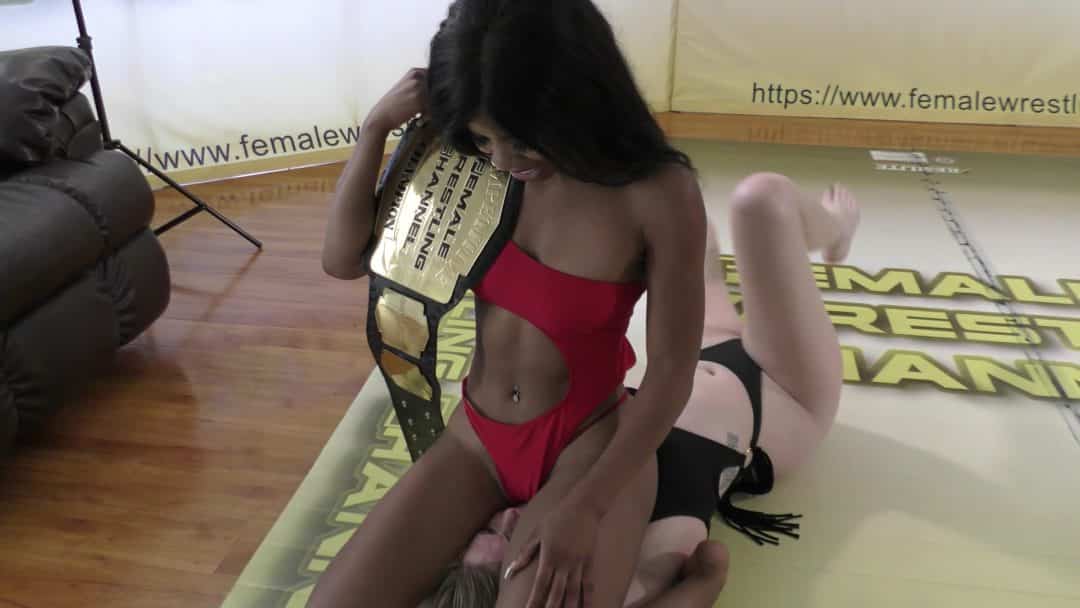 Monroe’s Most Wicked Challenger Yet?

Mylina Tigress is the latest woman who gets to play the bad girl in a series of videos by a single sponsor who loves seeing Monroe Jamison dominated.

Mylina doesn’t work out very much at all in real life, but she eats really healthy and must have incredible genes.

Her schoolgirl pin is also strong.

So are her leg scissors and arms.

This is the 2nd video in the history of the Female Wrestling Channel where one of the performers took some extra liberties at the end of the match (unexpectedly) and was quite cruel in doing so.

The real life feud between these two hit a boiling point after this.

A real and competitive match for the title was supposed to take place, but the pressure was too great and the match was cancelled.

Will it ever still happen?

Mylina is most certainly a contender.

You will most certainly enjoy this video!