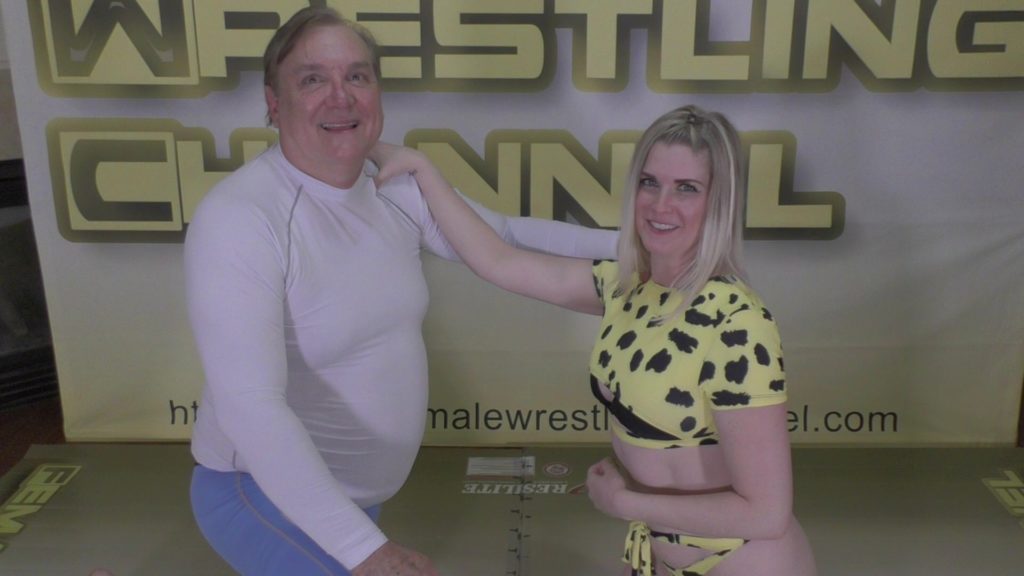 FWC Mixed Newbie Tests His Strength Against The Reigning Champion!

Monroe Jamison battles it out against our newest Legacy Member Sean for the very first time in a best of 5 falls competitive match up.

Sean seemed to have a lot more skill under his belt than Monroe anticipated and he came out with one thing on his mind and that was to win against the FWC champion.

Monroe however was ready to dominate and put Sean in his place.

The best of 5 falls competitive match was more intense then either of them realized! But both ended up wanting to do a bonus fall after the match was complete. Foolish or Smart?

Can Sean take down the one and only Champ or will Monroe prove to everyone once again that she is truly the best?

(Note: We lost audio on the last fall and bonus fall. We have overlaid light music so you can still enjoy the action! The action was SO awesome and intense we couldn’t let you miss out just because the audio was lost!)

Be the first to review “Monroe Jamison vs Sean” Cancel reply