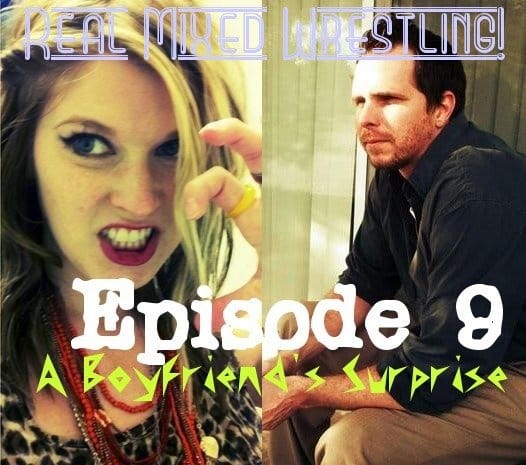 Monroe Jamison has been on a little winning streak.

As for Johnny, he is exhausted from London Rain recently breaking into his house and giving him a beatdown.

Johnny returns home after a long day of trying to find a job on the side while running the Female Wrestling Channel.

As Johnny walks into the room, he suddenly notices the bed is gone, and the mats are set up.

His friend Hammer is grinning wildly while holding the camera, as Monroe Jamison is on the mat and ready for action as she rubs her hands together while smiling.

Who is going to win?