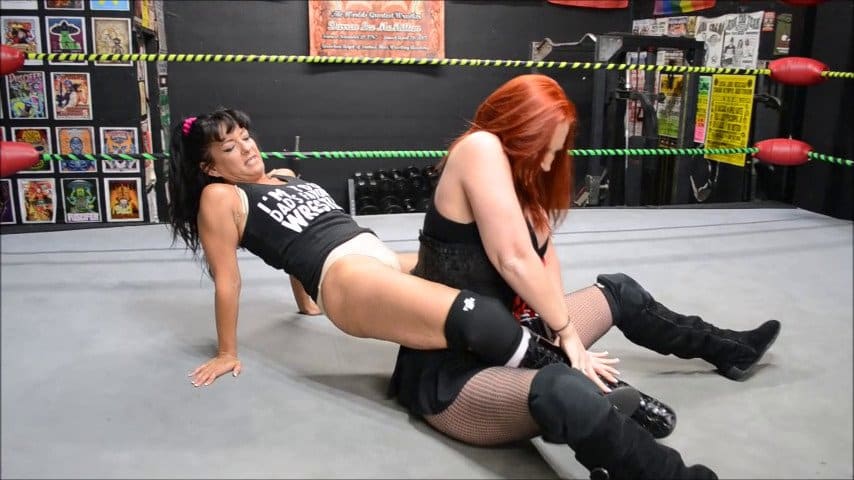 Two women from vastly different walks of life go at it in this contest, as Southern woman Jessie Belle takes on the California native Jezebel Romo!

Jezebel is seated in the ring doing some chakra meditation, when Jessie shows up and rather rudely interrupts her!

This pisses off the west coast woman, and an argument quickly ensues between the two ladies over their contrasting cultures.

It’s an argument that turns personal as it goes on, as Jessie takes notice of Jezebel’s shirt stating she is your dad’s favorite wrestler,

which the girl from the south takes offense to in relation to her father Tracy Smothers.

Which wrestler learns a bit about respecting the others’ world? Does Jessie get a wake up call about life outside the south, or does Jezebel end up facing some southern discomfort?