by femalewrestlingchannel | Jan 1, 2015 | Articles and News, The Ringo Letters 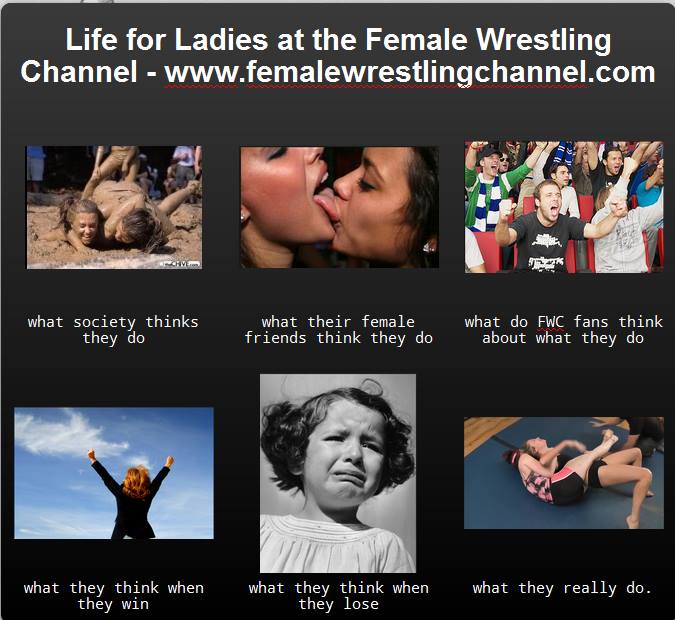 One of the most massive challenges we have encountered at the Female Wrestling Channel is an issue solely of perception.

Is the Female Wrestling Channel an adult product or is it simply a sport?

Here Are Some Of The Reasons I Currently DO NOT Consider “WHAT WE DO” To Be An Adult Product:

Here Are Some Of The Reasons I Currently Consider “WHAT WE DO” To Be An Adult Product:

In Truth, I Think We Are Somewhere In the Middle Of Adult and Non-Adult!

Of course, this can be disputed.

Some fans will say we are not adult at all and they have seen much worse things on WWE television.

Things like necrophilia stories, a story where one man attempted to kill another one’s dad, one story where a man is hanging from the ring (high above) while demonic lights and music is happening at the same time.

Many remember Stone Cold Steve Austin, smashing beers together, and then drinking them in front of children.

Many remember the lesbian angle between Dawn Marie and Torrie Wilson.

Many remember “The Kat” getting nude on PPV in a mud wrestling match.

Are we more adult than the TV show “Breaking Bad” where Walter White spends his cancer years making meth and selling it?

Are we more adult than the TV show “Game of Thrones” where there is murder, sex, incest, along with just about anything possible that is shocking or unexpected?

Are we more adult than cheerleaders at high school or college games that dress sexy and show their panties when they kick high in the air?

Heck, are we even more “adult” than the WWE?

All We Know Is The Following:

It would seem to me that this is an ADULT company.

Somewhere in the middle of adult and non-adult.

Think Hooters maybe, but not that mainstream yet.

What do you think?