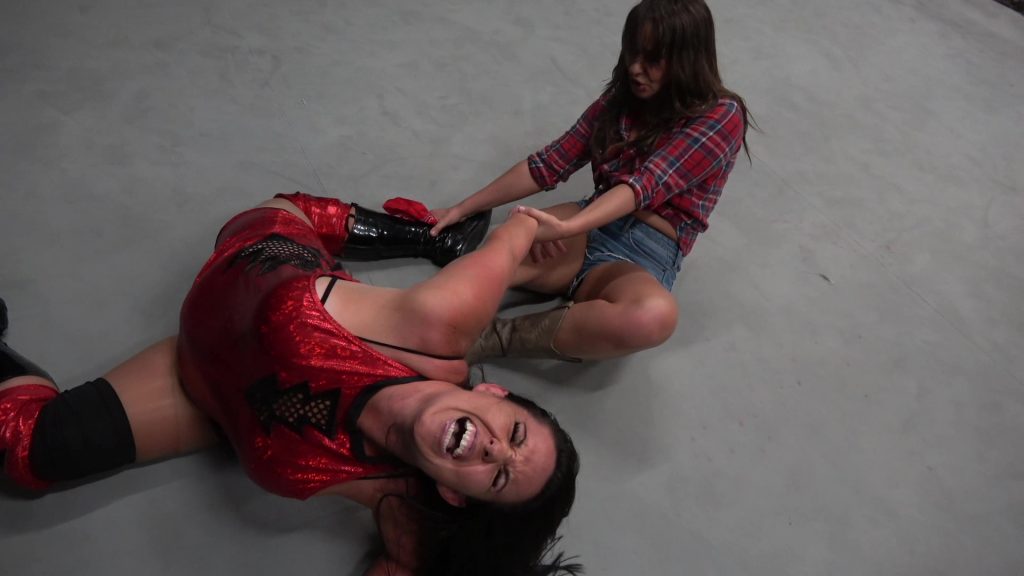 A slight miscommunication between Morgan and one Allie Parker over whether Allie is a “bad girl” or a “bat girl”, leads to a highly contentious and VERY physical encounter over the issue in “Bat Girl Allie?”

Allie insists she’s not the latter, but Morgan isn’t convinced!

How does that issue resolve itself in the match?

After an extended war of words, focusing on Allie’s not so quick mouth particularly where doing jobs is concerned and each ladies choice of wardrobe and attire color, the two get serious.

This is no game, both of these women are in it to win it!

There’s a small feeling out exchange early, the two taking a little time to adjust to each other, but the action picks up fast, and once it does it becomes quite a war!

Lots of heavy strikes are meted out by each wrestler, as they try to literally beat the other into submission!

For the faint of heart this match is NOT!

Who ends up on top in this brutal fight to the finish?

Is Allie forced to admit she truly is a bat girl?

Or does she prove to Morgan instead that she indeed is the bad girl she sees herself to be, and that she’s not one to be messed with?

An awesome battle if you like strong style wrestling! It becomes pretty much a slugfest at certain points!