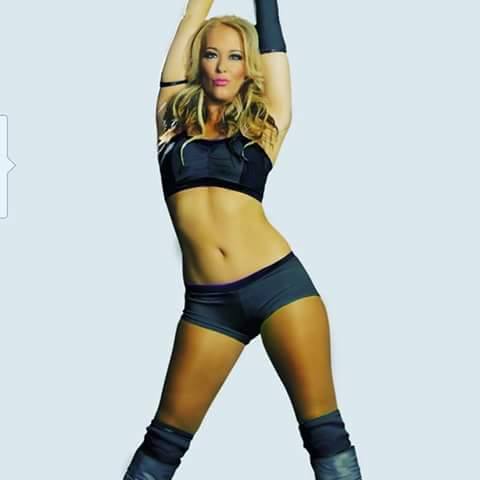 She first got into the sport by becoming a fan of Sable – (WWE) – and from watching Pro Wrestling with a friend of hers that was a fan of Stone Cold Steve Austin.

Her bodyscissors and headscissors would have been fierce (and still would be) in our real and competitive mat wrestling matches at the Female Wrestling Channel.

She also captivated fans by using a version of the “Stinkface” which she called “The Booty Bop” where she would shove her superior derriere into her opponent’s faces in the ring corner in an act of massive humiliation and superiority on Amber’s part.

In her personal life, Amber O’Neal was married at one time to another Pro Wrestler by the name of Luke Gallows.

Amber’s favorite wrestlers include Jeff Hardy, Matt Hardy, and Trish Stratus according to her Wikipedia entry.

To say that Amber was an extremely visible wrestler with a storied wrestling career would be an understatement!

Companies that Amber O’Neal has Wrestled for along with Accomplishments:

The vast majority of content involving Amber O’Neal below is from Cherry Bomb Wrestling – (CBW).

Any new content involving Amber will be automatically added to this page if it’s added to the Female Wrestling Channel website.

We negotiated for the best prices we could on the content below so you can get to see as much of Amber O’Neal in her women’s wrestling matches as humanly possible.