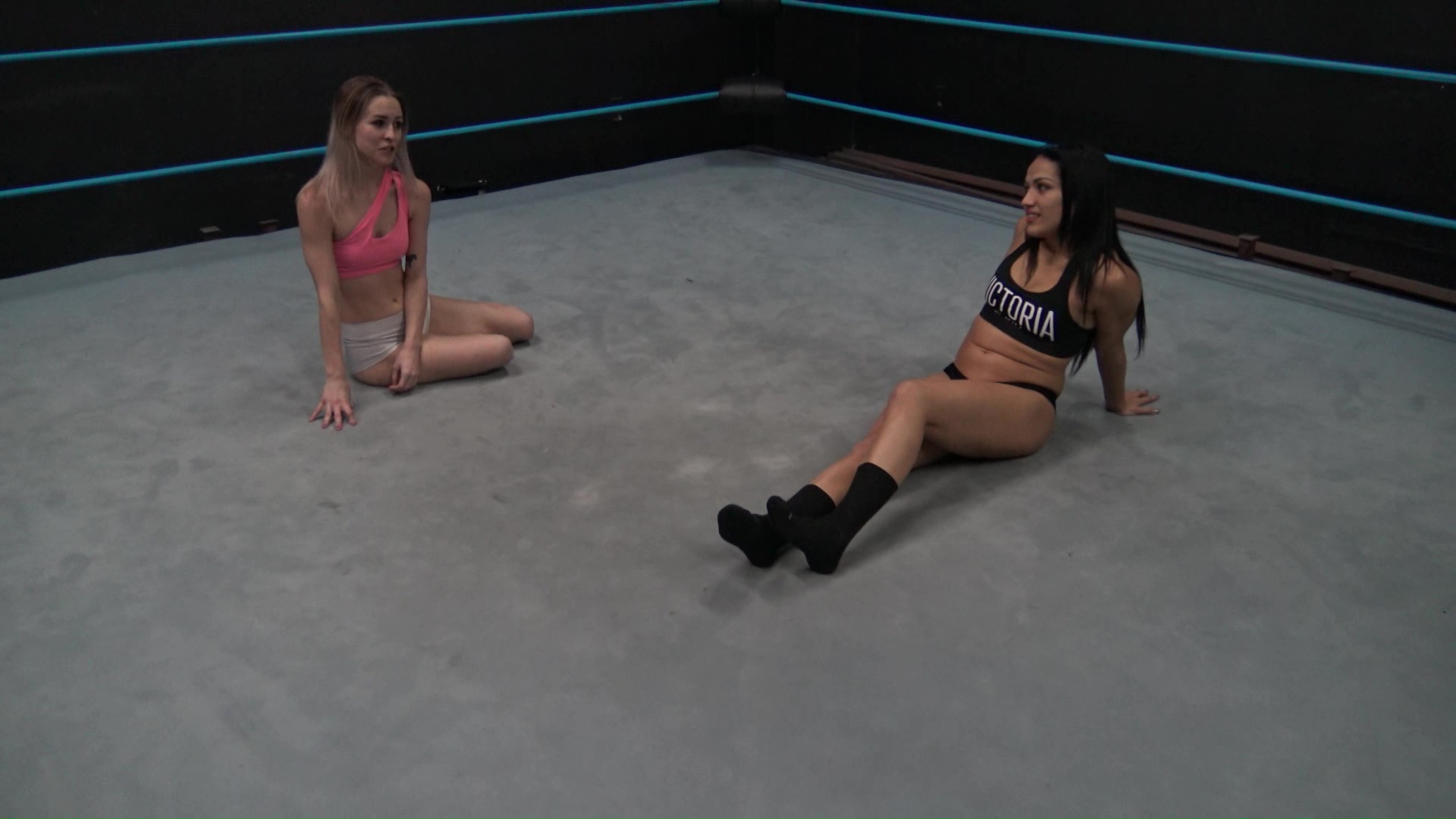 Having a 20 minute Pins Only, Most Falls wins contest, and they manage to “magically” get Kathy Owens to show up for them as the Special Referee for it.

Now because this is “real”, it’s not a typical 3 count to win match, but rather 5 under more traditional pin rules.

Not to say the rest of the match isn’t typical though in terms of attacks, because parts of it are!

Pins of many different styles, some more creative than others, are employed throughout the match, but as tempers flare up a bit between these two normally good friends, so does the action with it!

There are harsh Kicks, Knees, Stomps, Belly Punches, Chokes, DDTs and much more used as Salina and Aria fight it out! Who manages to score the most falls when all is said and done?

Fun twist on the usual matches here with all sorts of unique pins used as part of that, but just as intensely fought for sure!

These two enjoy their time with each other, a fact that they show when it’s all over with, but during the battle they are in it to win it all the way!

(Female Wrestling Channel Note:  Despite it claiming that this match is “REAL” in the storyline description above, this is a SCRIPTED matchup)

Money Back Guarantee if you are not Satisfied!