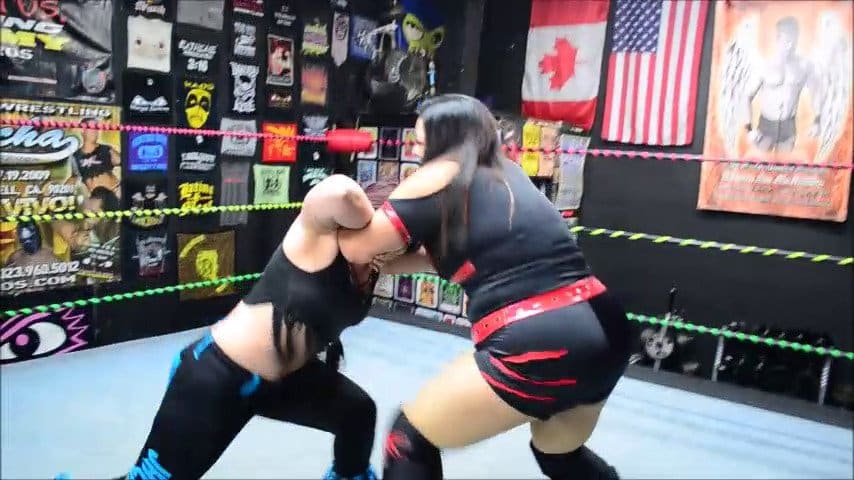 Who Owns The Ring?

It’s a battle of the big girls in this one, as Ruby Raze takes on Tab Jackson for ring supremacy.

Ruby believes she is the most dominant force in custom wrestling and that the ring belongs to her.

Tab has a bit to say about that though and the two bbws lock horns!

This is a physical bout as both have a point to prove to the other.

It features among other things, several corner body splashes, a full nelson, reverse headscissors, fish hooks and eye attacks, some brutal hairpulling, a standing surfboard, a ddt and an ankle lock.

In the end, one girl is able to catch the other off guard and take the win and bragging rights, leaving a very pissed off loser swearing revenge!

Great for lovers of big girls or of hard hitting wrestling!