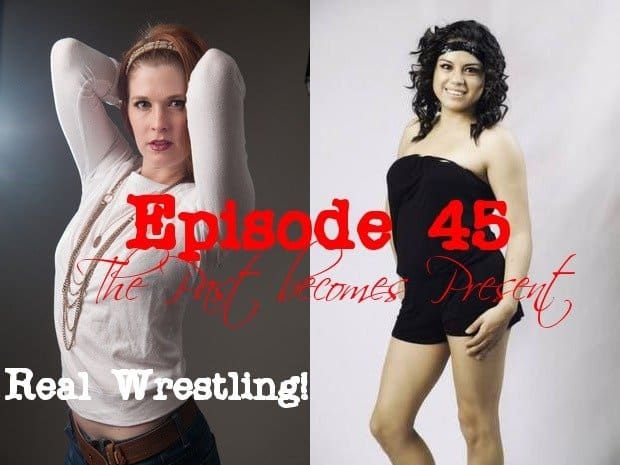 Bella Was One Of The Original Veterans At The FWC!

Bella Mamacita was one of the original veterans of the Female Wrestling Channel.

As she points out in this episode, she was the 4th girl ever to debut at this company behind Monroe Jamison, Savannah Scissors, and then Haley Davidson.

Monroe Jamison’s grand plan to take over the FWC from Johnny Ringo has seemingly failed.

Bella Mamacita was one of the victims of the crossfire.

She sat on the sidelines for months waiting for a phone call from Monroe saying she was “now in control”.

Now, Bella is enraged, and feels very slighted that her former friend is now the top girl at the Female Wrestling Channel during the time Bella has been away.

However, something else is afoot.

It seems that Bella Mamacita might be making up stories of her own.

Ringo is again caught in the middle on who to believe and who not to believe.

Either way, Bella thinks she is ready for Monroe.

THE PAST BECOMES PRESENT!   WHO WINS?

#45 – “The Past Becomes Present” – Bella Mamacita vs Monroe Jamison