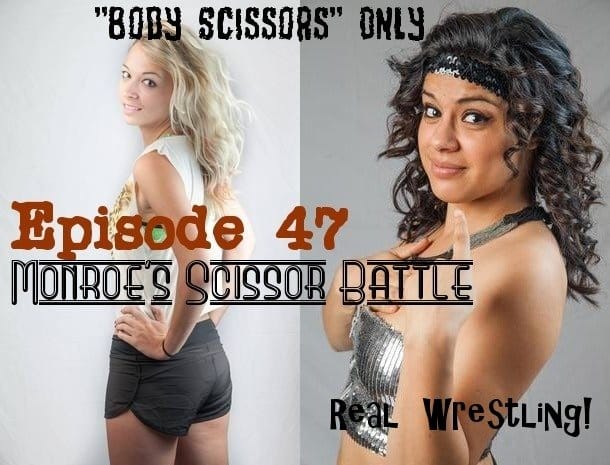 Monroe Looks To Run Her Own Episode

The feud continues to heat up between Ashley Wildcat and Monroe Jamison.

Johnny and Monroe begin this episode (prior to the events of Episode 46 and start discussing “what it would be like” if Monroe was running the company.

He asks………..what match would you choose?

Because Monroe is totally focused on Ashley at the moment she suggests that Ashley should do a match where she can ONLY use the body scissors.

None of the other moves.

Not even the headscissors.

This is due to the fact that Monroe will has to face Ashley in an upcoming match where Monroe cannot use her famed leg scissors.

Bella Mamacita, on the other hand, has been appearing on episode after episode lately as she is increasing her skills fast.

Will Bella be able to bring down the Wildcat?

Will Monroe score a point against Ashley in their ongoing feud?

Or will Ashley make Monroe look bad and defeat Bella Mamacita right in front of her?