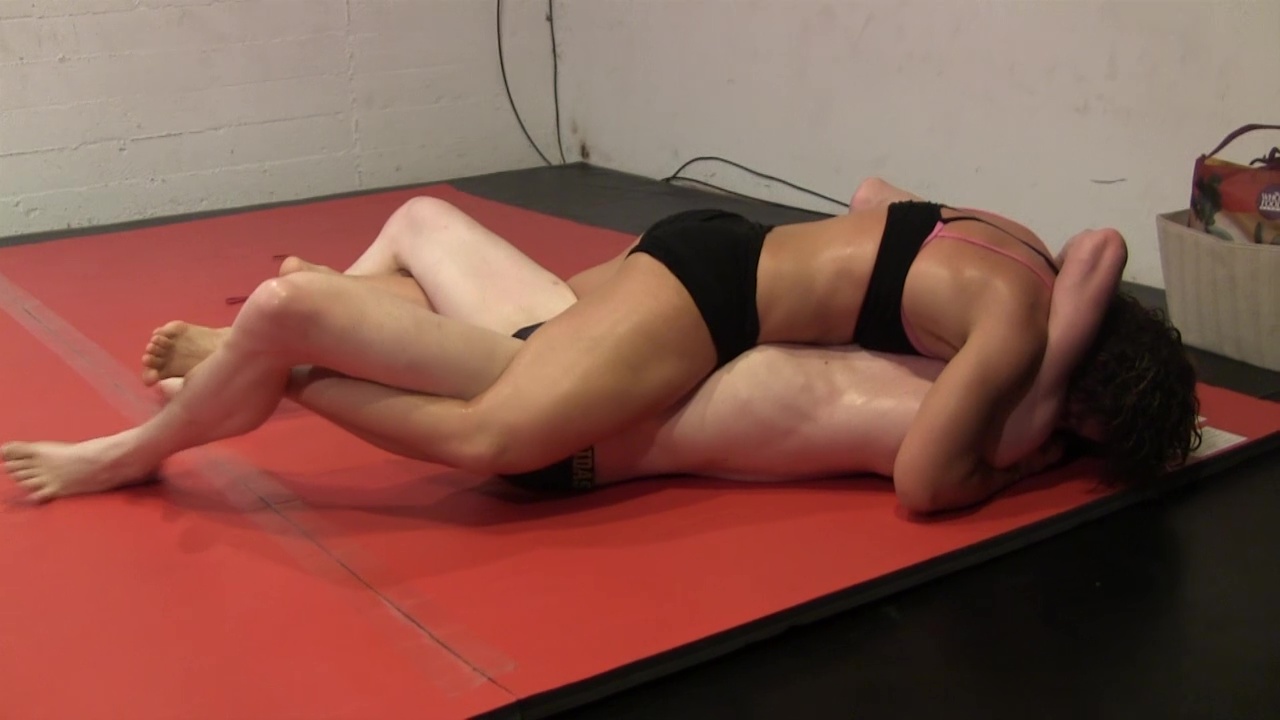 After wrestling 20 minutes non-stop to a draw in their last match, Kaysha and Hanz are both eager to notch a victory over each other.

This match is more intense, with both wrestlers much more familiar with each others strength and movements.

From the very first lock there is determination from Kaysha as she latches onto Hanz and starts squeezing him with her legs, not letting go any time soon!

Hanz works to try and get past Kaysha’s legs but soon finds himself on his back.

They wrestle back and fourth each of them managing to reverse control multiple times. The more Hanz tries to move up on Kaysha the more Kaysha wraps up tight and squeezes him down.

After 10 minutes of very close, tight struggling the sweat is glistening from both their bodies.

By the end they are both enthralled and entranced, taking turns squeezing each other in scissors and double body scissors, like two mating boa constrictors trying to conquer each other.

This match has a special chemistry that’s impossible not to notice and not to be missed.