1 Item
View cart “#24 – “The Return of London Rain” – Electra Jamison vs London Rain” has been added to your cart. 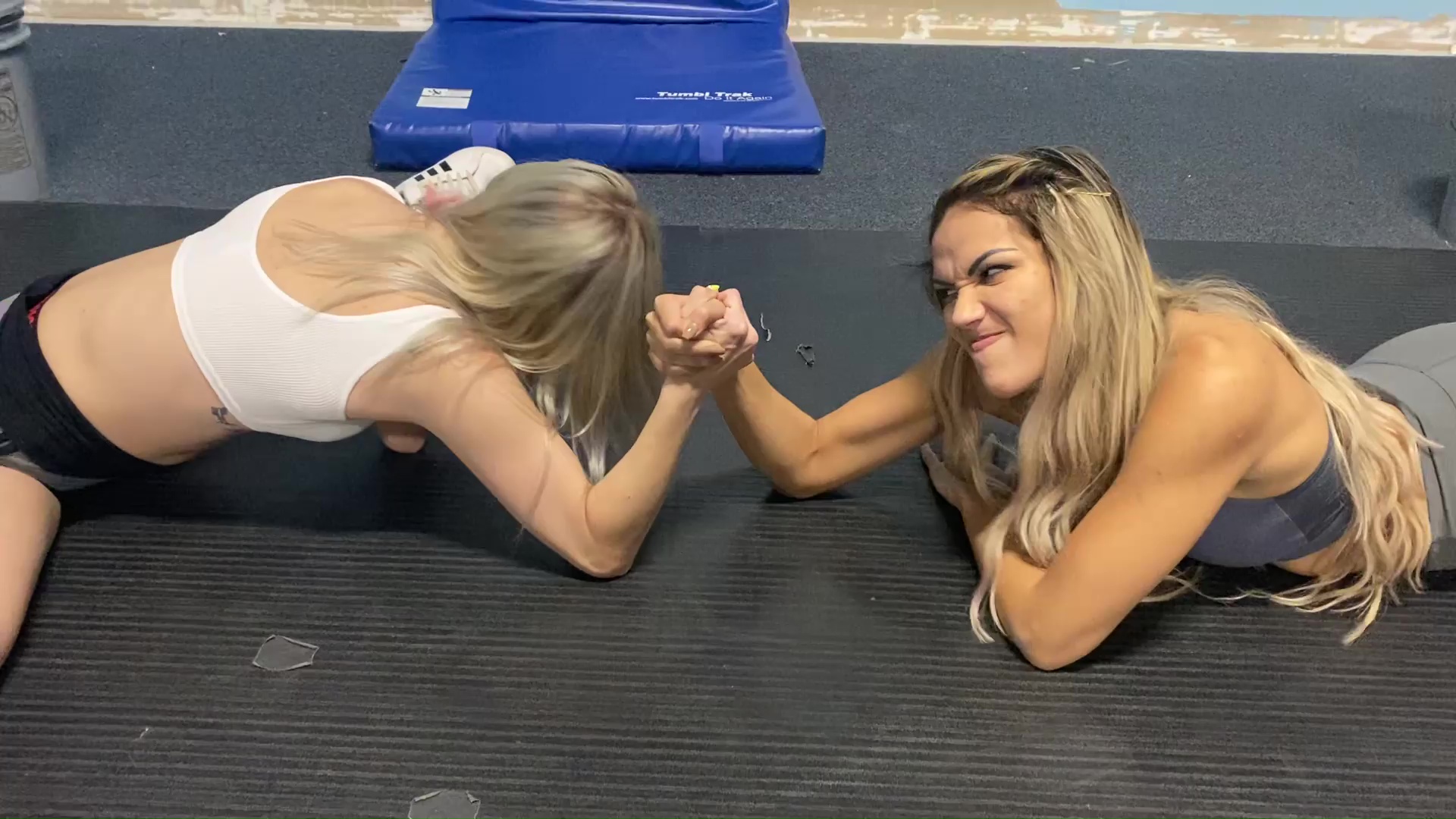 Salina the Superior……….or is She?

Salina is bragging about how strong she is and how pathetic Aria is.

Aria eventually has enough and challenges Salina to an arm wrestling match!

Salina gets angry and attacks Aria when Aria doesn’t turn out to be the weakling she thought she would be.

Salina delivers a series of brutal kicks and stomps to poor Aria as she screams in pain.

Salina is relentless and shows no mercy.

Aria gets dominated for the majority of this match.

Aria has proven herself to be super tough in past matches so you DO NOT want to count her out until the match is finished and done.