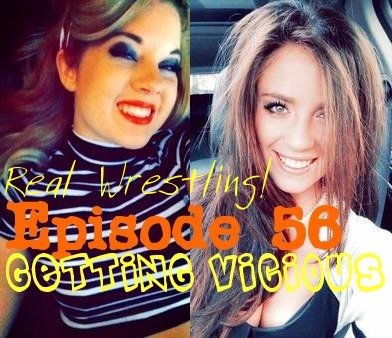 Johnny Ringo has had a heck of a time in 2014 getting things running strong.

Just when Johnny thinks he is on his last leg he gets a phone call from Scarlett Squeeze informing him she has a new lady she wants to bring on.

Valentina Vicious ends up making her debut against Scarlett.

Is Valentina a possible future contender here at the Female Wrestling Channel?

However, her good friend Scarlett certainly seems to think so.

Did the crafty and intelligent Scarlett Squeeze simply bring Valentina “Vicious” on to get herself a free win?

Did Scarlett know she could easily defeat this girl?

Will Valentina return or was this simply a 1 time try?