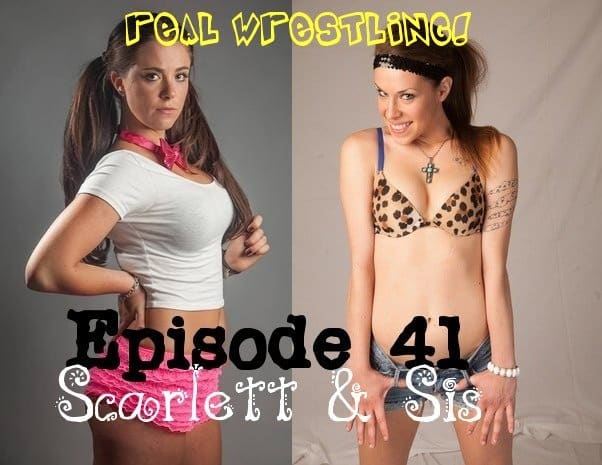 Johnny Ringo was making a video to update his fans when he experienced a dual twist of fate.

His sister, of whom he had not seen in years, had moved back into the area.

Further, Carmella Ringo is interested in being on the roster and being a part of the Female Wrestling Channel.

Johnny is categorically against this, but suddenly, a young 19 year old woman by the name of Scarlett Squeeze appears at his door and changes fate right on the spot as she is looking for her first ever matchup.

Next thing Ringo knows, his sister Carmella and Scarlett Squeeze are battling on his mats in real female vs female wrestling action.

This is the first match ever for both Carmella Ringo and Scarlett Squeeze.

Who is going to win this thing?