View cart “#22 – “Bragging Rights” – Electra Jamison vs Monroe Jamison” has been added to your cart.

READ ALL OF THE FEMALE WRESTLING CHANNEL STORIES

BEHIND THE EPISODES
#1 – The Jamisons
featuring Electra Jamison, Jayde Jamison, and Monroe Jamison 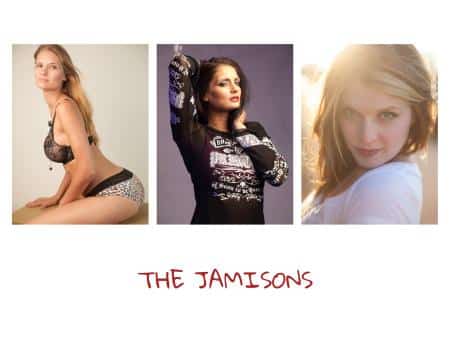 Monroe Jamison had a smile on her face.

She was finally moving out to live on her own.

Monroe was excited about finally finding a boyfriend and figuring out what to do with her life.

She had ALWAYS wanted her own business that she could own and run.

The years prior had been tough.

Every single time Monroe would begin to try to focus on what SHE wanted to do in life her overbearing family would often get in her way.

“Family” meant something different to Monroe.

Considering her Mom and Dad died at a very early age she grew up being taken care of by her two sisters.

Electra was the slightly older of the two.

Jayde was slightly older than Monroe making Monroe the youngest.

To say that Monroe was not a big fan of her sisters was an understatement.

While the sisters could certainly be forgiven for the circumstances….the lack of a true leader and father figure in the family forced Jayde and Electra into a battle of who would be the “leader” of the family.

Monroe had no interest in being the leader.

She simply wanted to get away from her sisters and start her own life.  Become her own person.  With her own thoughts.

It was hard for Monroe to have thoughts as Electra was constantly pushing Monroe to be an actress like “Mom was”.

The power struggle for leader of the family between Electra and Jayde got intense at times.

However, Jayde had different motives.

Though she was the “middle” sister, she knew a side of her mother and father that the other two did not.

They did not earn their money like you would think.

The sisters parents (Mom and Dad) fought for it.

And in some cases, even got into physical fights to silence others in a vain attempt to resolve issues.

This part of “Mom and Dad” were always hidden from Electra and Monroe.

Jayde thought it was her duty to “do the things that others would not” to protect her sisters.

This caused Jayde to land in jail many times before the age of 18.

Each time she would return from jail she would be a little bit tougher.

She had become a petty criminal and a very smart one at that.

But, because of a system that throws petty criminals in with HARD criminals Jayde started learning the tricks of the trade.

Electra looked at Jayde as a blight on the family.

Monroe could never understand why Jayde would resort to violence and lies to get what she wants, though Monroe had a lot more sympathy towards Jayde and “why” she did the things she did as Electra was never interested in knowing the “why”.

As much as Electra thought she was different than Jayde, Monroe looked at them as exactly the same.

Jayde was covert about things.

But today, Monroe was happy and thinking about HER future.

As the wind bristled slightly across her face and the sound of birds chirping and singing she felt like she was finally turning a corner.

She dreamed of finding a perfect man, a perfect life, and maybe someday getting married and having children.

Monroe recently earned some money (without Electra or Jayde knowing) and now she was ready to BE HER OWN PERSON and move out of the house.

As Monroe was walking along, all of a sudden her heart sunk in horror.

She was going to have to tell Electra and Jayde that she was moving.

The thought hit her with the force of a Mack truck.

The sisters were very protective of Monroe and will not take this news lightly.

Monroe tried to formulate a mental plan to tell her sisters she was moving out as she began to walk closer and closer back to her home.

No, no.  That’s not it Monroe muttered.

MONROE:  Um, Jayde.  I know you think we should stick together as sisters and a family, but I am ready to…..

As Monroe got closer, she heard some very audible shouts from both of her sisters in the distance.

ELECTRA:  The police was here.  Again!  This is SUPER embarrassing!
JAYDE:  Get off my case.  You don’t even know why.
ELECTRA:  I don’t care to know why.  You are a LOSER!

Monroe started running towards the house, but it was too late.

There were many times in the past that her sisters would yell at each other, but this time it sounded like it was turning into a PHYSICAL altercation!

As soon as Monroe ran through the door her fears were confirmed.

Jayde launched a sharp slap that blasted across Electra’s face as she puffed out a small bit of spit.

Electra slowly felt her face and then raised her eyes to meet Jayde as her eyes were full of fire and she was shaking.

JAYDE:  I’m sick and tired you DISRESPECTING me.  Do you have any idea what I’m trying to do for this…..

Before Jayde could finish, Electra launched a powerful, thunderous slap that sent Jayde wailing back into a table, where she then fell over onto the floor.

Jayde felt her face and noticed a bit of blood and suddenly her anger boiled over as she let out a wild yell and charged at Electra!

TO READ THE REST YOU MUST PURCHASE THIS POSTING OR BE A LOGGED IN AND ACTIVE MEMBER!
(Log in right now to read the rest of this page if you are an active member. If you want to purchase instead, look for a password to be sent to upon purchase to access!)

READ ALL OF THE FEMALE WRESTLING CHANNEL STORIES

NEXT STORY:
Monroe, would you Wrestle another Female?

Behind the Episodes – The Jamisons – featuring Electra Jamison, Jayde Jamison, and Monroe Jamison

Be the first to review “Behind the Episodes – The Jamisons – featuring Electra Jamison, Jayde Jamison, and Monroe Jamison” Cancel reply 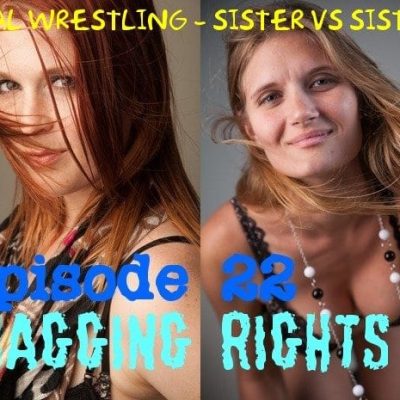