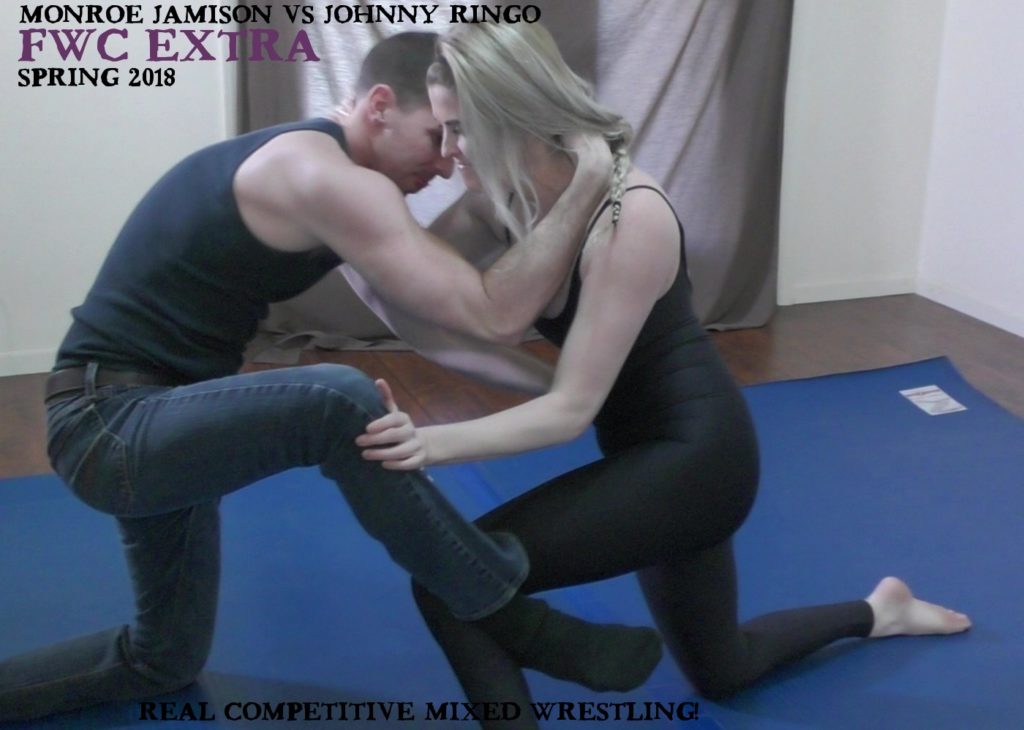 Can Johnny Ringo Survive In A Mixed Wrestling Match Against Monroe Jamison OR Did He Just Make A HUGE Mistake?

Johnny Ringo sure does have a mouth on him.

This guy talks more trash than probably any of the ladies here when he steps onto the wrestling mats.

Monroe Jamison is not amused.

Johnny has been working the business side of things for quite some time and continues to avoid Monroe’s requests to take him on in a filmed wrestling match.

Johnny has been working out in the gym and believes his newfound upper body strength is going to get him through this.

Johnny might take care of a good amount of the “off-camera” stuff, but now he is going to find out what these ladies go through physically and mentally as he has not been on the mats in over a year.

Monroe is eager to show him how much she has learned and how much he has lost by not keeping his skills up.

Or, is Johnny even stronger than Monroe?