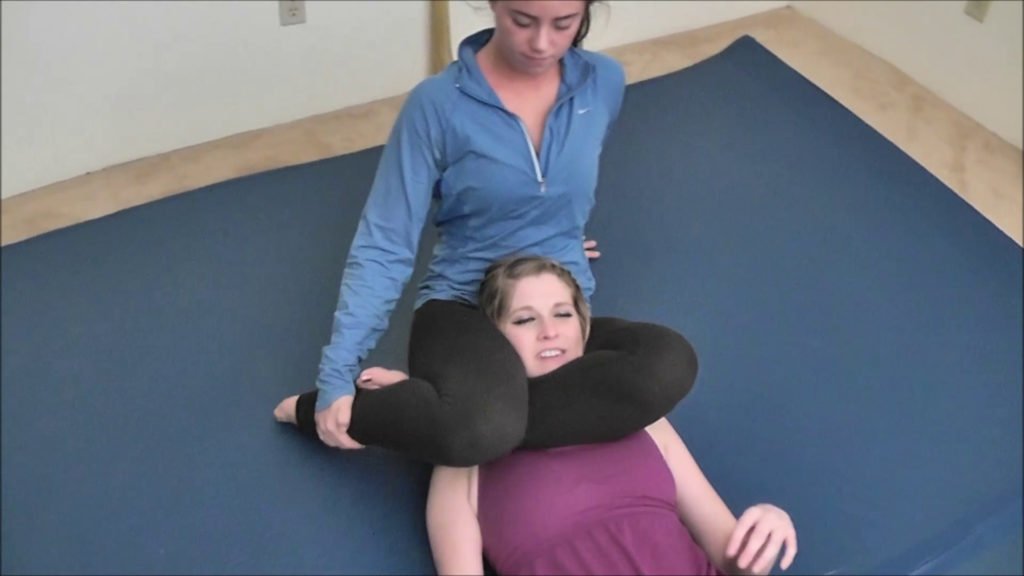 For most of you who have watched our real competitive wrestling action you will notice that most falls have been decided by the body or head scissors, some type of pin, or in some cases, you will see the breast smother employed.

In this video, we explore 8 potential new moves that could be added to our REAL female wrestling competitive product.

You will get to see Monroe Jamison and Scarlett Squeeze as they are in real life in this video.

They are not in “character” as they generally are for the FWC Episodes.